Prior to Holiday World, my jobs had all been farm work, putting up hay or working tobacco for neighbors and getting paid in cash out of a farmer’s wallet at the end of the week. In the summer of 1987, I made $3.35 an hour – minus taxes and the rent on 5 SaniClean uniforms a week (name in a blue oval patch over the breast and everything) – swinging a weedeater or pushing a lawnmower or occasionally digging out the icy, knee-deep clay next to a leaking room-sized freezer, from a few hours before the park opened until a few hours before it closed. By the end of the summer, I was about fifty pounds lighter and had no problem breathing through a respirator mask all day in the humid Southern Indiana summer air. I don’t think I’m violating any kind of NDA by reporting that Santa Claus’s real name back then was Ray, though I might be misremembering that. The experience of that summer inspired the first story I selected for my MA thesis, and a second story, “Believing in Santa Claus”, that became one of the first pieces of fiction I ever published. I still think about that job any time I see a ditch that someone has left unmown.

So when they offered up these shirts for sale earlier this year, I broke my usual rule about no clothing with words or pictures or patterns and snapped one up. Showed up in the mail today. Happy anniversary, y’all. 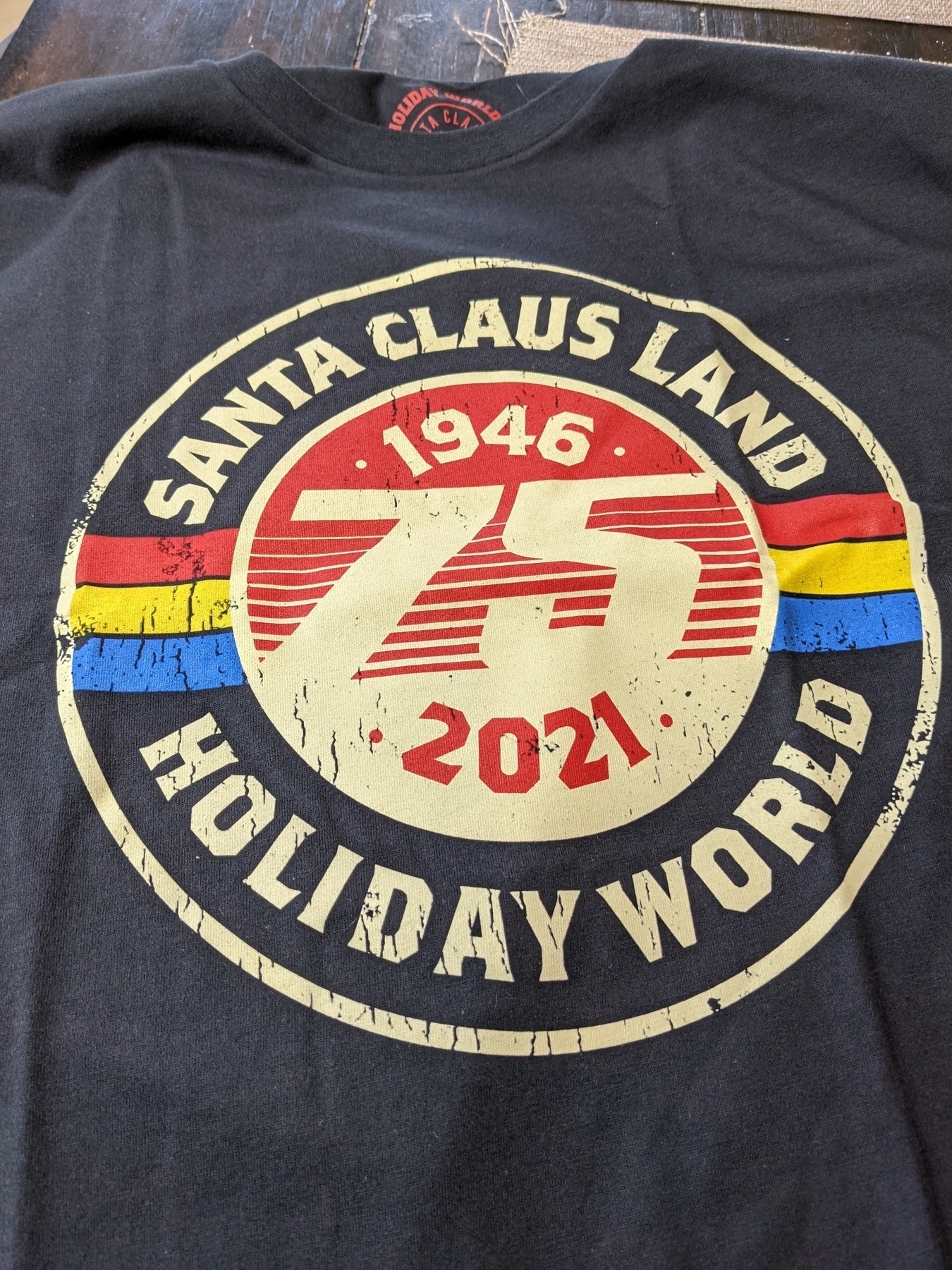